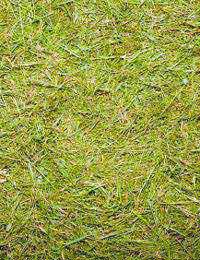 Some dogs are natural retrievers and diggers, no matter what their breed. Some dogs on the other hand, have no interest in either activity. However, these dogs can also be taught to retrieve and find - it just takes a lot of practice and patience.

If you have a natural retriever, you may wish you didn't, as the game never ends. Or you may have a dog that fetches, but fails to return the object back to you. Instead, the dog wants you to chase him around the garden.

The first step to getting your dog to fetch, no matter whether your dog is a natural retriever or not, is to throw your dog's favourite toy or ball across the yard and tell him to 'fetch.'

If you have a natural retriever who is already halfway to the ball before you can say anything, it is still important to verbalise the command, so the dog can put the action together with the verbal command.

Once the dog has the object and is on his way back to you - hopefully - the next command is 'come here' or 'bring it here.' Be very enthusiastic when giving this command, as you want the dog to come to you and not run somewhere else to play with the toy.

Nine times out of 10, your dog will run right pass you. If you see this is going to happen, step in front of him and say 'stop.' Hopefully he won't run around you and play somewhere else.

Once the dog is stopped in front of you, gently put your hand under his mouth and say 'drop it.' Getting a dog to drop a toy is possibly the most difficult part of this trick. You may need to use a treat to get him to drop the toy. When he drops the toy, give him lots of praise, then repeat the entire exercise.

If your dog does not want to come back to you with the toy, attach a leash to his collar. Once he has retrieved the toy and is heading off in the wrong direction, give him a gentle tug on the leash and direct him towards you. You must gently lead him towards your location as you want the game to be fun and you also want the dog to think bringing the toy back to you was his idea.

Once your dog is competent with fetch, you can then teach him to find items around the house and bring them back to you.

Step 1: get your dog excited about the object you are about to have him fetch. In this example the object will be a wallet. Throw the wallet a few feet away from you with the command 'fetch my wallet'. When the dog goes to get it and bring it back, praise and reward. Repeat this exercise until your dog is competent at it. One note: always mention the name of the object you want him to fetch.

Step 2: With your dog in a stay, place the wallet somewhere in the room. Make sure your dog sees where you are putting the wallet - i.e. on the couch or chair.

Go back to your dog and command it to fetch the wallet. When he brings it back to you, praise and reward. As you work this part of the exercise, move the wallet's location around the room, gradually increasing its distance from the dog. Eventually you can put the object in another room.

Anytime your dog has difficulty finding an item, direct him towards it by pointing in the item's direction, all the way giving the dog lots of encouragement as he moves closer to it.

For each new object you introduce, the trick must be taught from the very beginning.

This is a variation of object finding that builds upon your dog's sniffing and digging skills.

Warning: if you have a dog that likes to dig up your garden, you may wish to discourage this behaviour and not teach this trick at all.

If the dog uncovers the treats himself, let him have them and give him lots of praise.