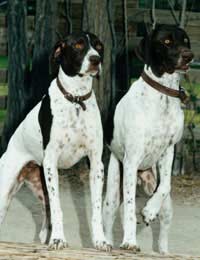 Does your dog growl or snap at you when you walk by his food bowl while eating? Or does your dog refuse to give up during a game of tug-of-war so you let him win and prance off with the toy.

If so, you may have an aggressive dog on your hands. But what constitutes canine aggression? Growling, the baring of teeth, snapping, snarling and biting are all signs of aggression.

“From a dog’s perspective, there’s always a reason for aggressive behaviour,” according to the Dumb Friends League (DFL). “Because humans and dogs have different communication systems, misunderstandings can occur between the two species. A person may intend to be friendly but a dog may perceive that person’s behaviour as threatening or intimidating.”

One of the most common types of aggression is dominance, which “is motivated by a challenge to a dog’s social status or to his control of a social interaction,” according to the DFL.

The easiest way to correct this behaviour is by not letting it occur in the first place. From the minute you bring your puppy home, establish that you are the pack leader. If not, he will try to assume control of the pack – you. “Dogs are always happier not having to be the pack leader,” according to Leerburg Dog Training. “They are calmer and more relaxed when they realise that the pack leader is the one that controls their life.”

You establish the leader’s role by controlling all aspects of your dog’s life – when he eats; what he eats – no table scraps, especially when he begs for them; where he sleeps – in a crate, not your bed; where he hangs out with the family – on the floor, not on the sofa beside you; and which toys he plays with. “Toys are always put away and the dog is not allowed to play with them when the handler is not there,” reports Leerburg. “To leave them out only further stimulates a possessiveness in the dog for that toy.”

Fear-based aggression is a defence reaction when the dog perceives himself to be in danger.

This behaviour often starts with some growling and gnashing of the teeth when a stranger approaches. It then escalates into the dog trying to bite people as soon as he/she turns his/her back on the dog.

“Fear biters prefer to bite from the rear as this presents much less of a threat to them than a frontal attack,” according to Leerburg.

Fear-biters are typically the product of bad breeding; therefore, they have weak temperaments and bad nerves, as well as a lack of socialising.

Work with a behaviourist on training techniques that will help build the dog’s confidence. You must also socialise the dog. From day one, take your dog with you everywhere you go and let him meet all kinds of people in numerous situations. If you have an under-socialised dog, this may also help to re-integrate him into the world. However, this must be initially done under the guidance of a trainer.

Territorial aggression is all about protecting his property, which may go well beyond your front garden. “If you walk your dog regularly around the neighbourhood and allow him to urine mark, to him, his territory may be the entire block,” reports the DFL.

The behaviour is also exhibited by excessive barking when a stranger approaches the property, e.g. the postman. “The postman approaches and the dog barks. The postman deposits the mail and leaves. In the dog’s eyes, the person left because the dog barked at them,” according to Leerburg. “So through repetition he learns that if he barks at these people they will leave.”

If your dog shows any signs of aggression, you must seek professional help. First contact your veterinarian to rule out any medical reason for the behaviour, then contact a canine behaviourist who specialises in working with aggressive dogs.